Posted 3 months ago by Andreas Obermair

There are different types of ovarian cysts, some more common than others. Ovarian cysts are fluid-filled spaces that can develop within or on the ovary. The good news is most ovarian cysts present with no symptoms, are harmless and resolve themselves.

Who is at risk of developing ovarian cysts?

Ovarian cysts can occur in women of all ages, but are particularly common in premenopausal women. Women may not be aware they have a cyst until symptoms develop. Most ovarian cysts in young women are functional cysts that come and go and which develop during the menstrual cycle. 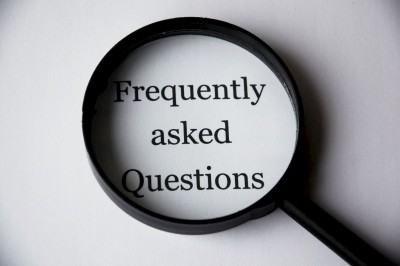 These functional ovarian cysts usually resolve without treatment within a few months.

Symptoms can differ in women. Depending on its size, some cysts cause pelvic pain and in functional cysts the pain is short term. Large cysts can cause persisting pain and discomfort, pelvic pressure, bloating, feeling of fullness or urinary frequency. Irregular menstrual periods are not usually related to an ovarian cyst.

Ovarian cysts are typically diagnosed during a pelvic examination or a pelvic ultrasound.

Ovarian cysts, such as dermoids in particular, can grow large and may cause ovarian torsion. This is rare but occurs when a large cyst causes an ovary to twist around its own blood supply or move from its original position.  Ovarian torsion can also decrease or cut off the blood flow to the ovaries, resulting in severe acute pain. Ruptured cysts can cause intense pain and internal bleeding. Ovarian torsion and ruptured cysts require immediate treatment.

Is the cyst cancerous?

Overall, the vast majority of new growths on or near the ovary are benign and not related to ovarian cancer.

Unfortunately, there is no 100% reliable test (or combination of tests) to check if an ovarian cyst is harmless or ovarian cancer. However, a few tests can be done to assess the probability of an ovarian cyst being malignant (cancer) or benign.

In summary, a women less than 50 years of age, with a simple ovarian cyst (no solid elements) and a low CA125 blood test has a very low risk that her ovarian cyst could be malignant.

If ovarian cysts are causing severe symptoms (for example pain), or if they grow or change in appearance then surgery to remove the cyst may be recommended. In young women, the surgical procedure may involve removing only the cyst if it is small and appears non-cancerous. In postmenopausal women, I recommend removing the entire ovary (not just the cyst). Having one ovary removed will not cause women to go through menopause and does not cause infertility. Removing both ovaries in young women will cause infertility.

The majority of these surgical procedures are completed laparoscopically requiring small (6 mm) incisions near the navel (keyhole) with a hospital stay of one night. If the cyst is large or appears suspicious for cancer, it may be necessary to have an open incision through the abdomen.

For suspicious cysts and ovarian masses, I recommend a frozen section examination. This means that I invite a pathologist into the operating theatre who will snap freeze the tissue and examine whether there is cancer while the patient is still asleep.

If you wish to discuss assessment and treatment of ovarian cysts with Dr Obermair, please enquire about an appointment via the contact us page.