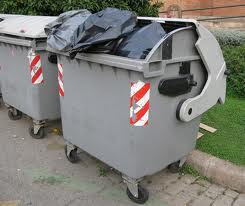 Medical researchers in Australia spent 511 person years (one person working for more than 5 centuries!) worth of time preparing research-grant proposals for consideration for funding by the National Health and Medical Research Council (NHMRC) last year (Herbert, Barnett & Graves: NATURE, Vol. 495, 21 MARCH 2013). The NHMRC is the largest funder of medical research in Australia. Only 20% of these applications were successful. Hence, the equivalent of four centuries of work (blood, sweat and tears) returned no benefit to researchers and wasted valuable research time.

The researchers conclude that our system is wasteful, needs reforming and alternative funding processes should be investigated.

It gets even worse: From the $7 million, zero dollars ($0) were spent on uterine cancer, which is the most common gynaecological cancer in Australia and all countries of the developed world. In Australia, uterine cancer is a major issue because its incidence is increasing dramatically, its treatment still causes significant side effects and research is extremely difficult to conduct in Europe and the US, which leaves Australia in a privileged position to advance the science for a large number of women diagnosed with uterine cancer every year.

In the last 3 years I submitted a total of 15 project grant applications as the lead or co-applicant. According to the calculations presented by my colleagues at QUT, those 15 grant proposals have cost me a total of 570 days work. Only one of those 15 grant applications was successful. Last Tuesday, my colleagues and I submitted again four NHMRC research grant proposals (=152 days) with uncertain outcomes.