Benefits of exercise for patients with gynaecological cancer

We know from years of research that physical activity is important during and after treatment for gynaecological cancer patients because physical activity has been suggested to reduce a number of treatment-related adverse effects and their severity.

Surgery and other treatments for gynaecological cancer can result in side effects such as fatigue, nausea, peripheral neuropathy (tingling, burning or numbness), hair and skin issues, lymphoedema and psychological distress. Side effects can vary from person to person, and depend in type and severity.

A review evaluated the effectiveness of exercise interventions to reduce fatigue in women with gynaecological cancer and found those who exercised experienced significantly less fatigue. Research has also shown people with cancer who exercise spend less time away from work by returning to work sooner. 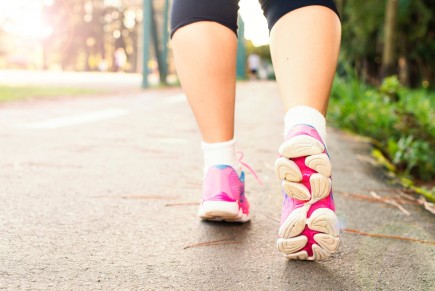 Our team conducted a study in 2011 which involved a brisk-walking program for 17 women undergoing chemotherapy for ovarian cancer. Women walked four days per week at a moderate intensity for 30 minutes each session. Improvements were seen in physical functioning and they also reported an improved quality of life. The ‘talk test’ is a simple way to measure your exercise intensity—in general, when exercising at a moderate intensity you can talk but not sing during the activity.

Physical inactivity as a risk factor for cancer

Other studies suggest that physical inactivity is a risk factor for developing cancer. In one study, 8,300 ovarian cancer patients and more than 12,600 women without ovarian cancer were analysed. Those who reported they had completed no recreational physical activity during their lives were 34% more likely to develop ovarian cancer than those who exercised regularly. This finding was the same in women who were overweight or obese and those who were normal weight.

Another study of more than 6,800 ovarian cancer patients found that those who did not exercise in the years before their diagnosis were 22-34% more likely to die of ovarian cancer than those who had completed at least some regular weekly exercise.

How do I start?

When appropriately prescribed and monitored, exercise is safe for people with cancer and the risk of complications is relatively low.

While getting this much exercise may sound hard, I can refer you to exercise physiologists who specialise in exercise regimes for cancer patients.

What exercise is best for me?

When exercising it’s important for cancer patients to be guided by your symptoms. People with cancer should be as physically active as their current ability and conditions allow. If you are going from a sedentary state and have not exercised much recently, don’t start with 150 minutes per week. Instead, start with low intensity exercise and build this up. If your symptoms don’t get worse then you have got your balance right. It’s common to have some pain, fatigue, or lymphedema during cancer which can impede exercise, so start at a lower level than you think you can do.

At the Queensland Centre for Gynaecological Cancer Research, which I lead, the ECHO trial evaluates the effects of an exercise intervention during first-line chemotherapy for ovarian cancer. I am excited to be part of a trial that will potentially further improve outcomes for women undergoing treatment for ovarian cancer. The study is currently underway.

Overall, exercise during and following cancer has been shown to improve quality of life, cardiovascular health, physical functioning, mood, adherence to treatment and reduce fatigue. Regular exercise can be a healthy distraction during cancer. Exercise produces endorphins (chemicals in the brain that act as natural painkillers) and improves the ability to sleep, which reduces stress.

What would I do if I was diagnosed with cancer? Physical exercise would be on the top of my list of things that I would do. There is a clear trend in the literature that women who are physically fit will do better if they develop cancer.

Why not consider training for taking part in the Larapinta trek; a fundraising walk over 3 or 7 days to support gynaecological cancer research. More info and registration are here: https://cherish.org.au/get-involved/larapinta-2021/

If you wish to receive regular information, resources, reassurance and inspiration for up-to-date care that is safe and sound and in line with the latest research, please subscribe to my blog via the form above, or like Dr Andreas Obermair on Facebook.