Do fibroids go away after menopause?

Uterine fibroids are benign tumours that develop in the smooth muscle tissues within the uterus. They are also called leiomyoma or "myoma".

Fibroids are the most common pelvic tumours in women. Fibroids occur in 7 out of 10 women by the time they’re 50 years old. They can vary in size from a couple of centimetres to very large. Some fibroids can grow as large as 20 centimetres, which is many times larger than the size of a “normal uterus.

For some women fibroids may cause no symptoms, or they may be mild, while for others their symptoms can be debilitating. Symptoms can include heavy bleeding or painful periods, pain during intercourse, lower back pain, or feeling of fullness in the abdomen. 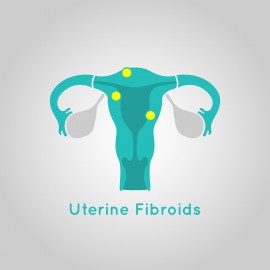 The hormone estrogen increases a women’s risk of fibroids because it can stimulate growth of all types of tissues. Therefore, fibroids are most common in women of childbearing years.

After menopause, a woman’s estrogen levels drop and produce far lower levels of estrogen. This estrogen drop usually results in a reduced risk of developing fibroids. This decrease in estrogen may also cause fibroids to shrink, resulting in fewer or no fibroid symptoms at all for women who have reached menopause.

However, it may still be possible for postmenopausal women to have fibroids. In particular, women who are taking hormone replacement therapy (HRT) during perimenopause or after menopause may not see their symptoms lessen. This is because HRT usually contains a combination of estrogen and progesterone, which may continue to stimulate the growth of fibroids.

In postmenopausal women who are not on estrogens, a growth in the uterus is not normal. This is especially the case when tumours still increase in size in women of that age group. In this case, your gynaecologist might (and should) wonder if the mass in the uterus may not be a benign and harmless fibroid but possibly a malignant tumour that needs to be treated. Unfortunately, there is no upfront, reliable diagnosis that can differentiate between a harmless benign or a dangerous malignant tumour.

Women are also at higher risk of developing fibroids if they are obese, have no history of pregnancy, have a family history, or started their menstrual cycles at an early age.

A medical doctor may be able to feel the fibroid during a pelvic exam by feeling for the lump or mass. If a doctor suspects fibroids, an ultrasound or MRI will be requested. A definitive diagnosis requires a sample of tissue which can be obtained through a Pipelle, or during more extensive surgery such as a myomectomy (removes the fibroids and preserves the uterus). However, a myomectomy is only indicated in young women who have not completed their family yet. Postmenopausal women should be offered a hysterectomy in those circumstances.

Fibroids can be treated using a variety of hormonal or surgical methods that will depend on the size of the fibroids and the severity of a woman’s symptoms. Fibroids that do not cause symptoms may not require treatment at all. Sometimes your symptoms can also improve after menopause without intervention.

You can read more about treatment options on the Uterine Fibroids page.

If you would like to make an appointment with Dr Obermair please visit the Contact Us page.