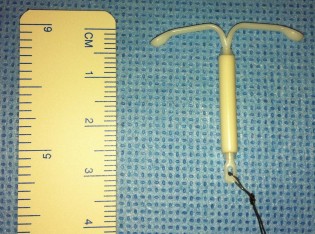 The feMME trial will treat women with endometrial cancer and preserve the patient’s fertility at the same time. All women will have a Mirena IUD and half of women additionally will have Metformin (orally).

Endometrial cancer is the most common gynaecological cancer. The latest figures suggest that currently some 300,000 women are diagnosed worldwide every year. One in four women will have an aggressive form of uterine cancer but the majority of patients will develop endometrial cancer due to chronic oestrogen-overdose (e.g. obesity) and will do well.

In the large group of patients who will do well in the long-term, the main concern is not survival but the quality of survival: “how we survive”. Surgery is the most important treatment and surgical side effects and recovery form surgery is the remaining concern. Previously we discussed that a large number of women will have a laparotomy and its associated side effects to remove the uterus, which is unnecessary in most cases. This is especially the case for obese women and women with uterine cancer.

One of the side effects of a hysterectomy is the loss of fertility in young women. Another concern exists for elderly women, many of who suffer from multiple medical co-morbidities. These women have a very high chance of developing complications following their surgery. What if they could be spared a hysteerctomy and still have appropriate treatment?

We published a meta analysis recently and suggested that women with early endometrial cancer have a 70% chance to have successful treatment with the Mirena IUD. After 6 months of treatment no cancer could be detected any more in those women. Metformin has been suggested to work well in endometrial cancer and our group designed this trial to combine those two medications.

The feMME trial will start in Queensland (similar to LACE) and once the red tape is mastered, will be rolled out in all other states as well. It received a lot of support from virtually all gynaecological oncologists in Australia and New Zealand.  If anyone is interested internationally, please be in touch and join us.

Exclusion criteria: uterine anomalies distorting the uterine cavity; acute pelvic inflammatory disease; concurrent other cancer; IUD in past 2 years (patients can have a Mirena inserted by the gynaecologist up to 6 weeks prior to enrolment).

When I trained at QCGC some 13 years ago, I remember doing laparotomies as a joint procedure with the plastics surgeon team. The plastic surgeons did an apronectomy so that we could even enter the abdomen. These operations took hours, were incredibly difficult to perform and patients were in hospital for many weeks (mainly to treat the aftermaths of surgery).

Only a couple of years ago we published the results of the LACE trial suggesting that laparoscopic surgery is a far more humane operation than open surgery through laparotomy. The risk of surgical complications is dramatically reduced with laparoscopic surgery.

Now we are taking the next step: We are pretty good already to differentiate aggressive from the non-aggressive cancers and we can start targeted treatment of endometrial cancer. That means we don’t target the patient; now we only target cancer cells.

The feMME trial will generate substantial interest in gynaecological oncology circles. It challenges the concept of radical surgery in women who potentially can be spared major surgery. It involves the use of Metformin, an established drug for treatment of diabetes in patients without diabetes. Significant research was published recently to suggest that diabetic women with cancer who take Metformin have better cancer outcomes than those diabetic women who do not take Metformin.

Some critics will (rather not publicly) say that this trial is irrelevant and insignificant because it targets only a small minority of the population. When it comes to where the government and funders spend money it seems to run along the lines: How does a relatively small group of women with gynaecological cancer compare with a much larger group of men or children who urgently need improved treatments for common kids or male cancers?  Women typically look after everyone else first before they attend to their own (urgent) needs. We need to give women a lot more priority than we publicly do at present.

Our feMME trial has been rejected for funding by NHMRC in 2012. In contrast, we are very grateful for the Lord Mayor’s Community Trust Fund and the Royal Brisbane and Women’s Hospital Research Foundation to support the kick-start of the feMME trial.