Posted 17 months ago by Andreas Obermair

Queensland was one of the early States that adopted universal testing for Lynch syndrome in Australia. Lynch syndrome is an (autosomal) inherited cancer syndrome causing uterine, bowel, stomach and urinary tract cancers. Patients with Lynch syndrome have a 27% to 70% risk of developing uterine cancer and risk of 5% to 12% of developing ovarian cancer. Uncommon Lynch-related tumours include cancers of the renal pelvis, ureter, stomach, small bowel, bile duct, skin (sebaceous neoplasms), and brain (gliomas).

Until about 4 years ago, gynaecological cancer surgeons only tested for Lynch in gynaecological cancer patients if they had a family history or upon a patient’s request. Now by our standards, this practice is outdated. Based on research since then, all gynaecological oncologists in Queensland now routinely request Lynch screening in all patients with endometrial cancer irrespective of age. This is the first step completed from the surgical specimen of the original uterine cancer specimen (molecular screening). If the test is positive, confirmatory genetic testing should be instigated and requires further confirmatory testing. 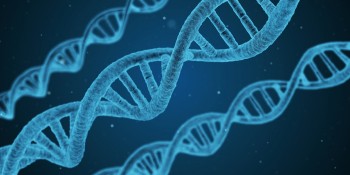 In some countries and practices, surgeons only test for Lynch syndrome if there is a family history of uterine or bowel cancer. The research that has been published recently suggests that 43% of endometrial cancer patients would have been missed if testing was limited to patients with a family-history alone as was previously done several years ago.

Overall, patients with endometrial cancer with Lynch syndrome in this review were younger (51.1 years), had a lower BMI (28.6 kg/m2), diagnosed at stage I at a lower rate (57%), and had endometrioid histology at a lower rate (76%).

Knowledge of Lynch syndrome allows patients and their at‐risk relatives the opportunity to pursue cancer surveillance and prevention options. For the patient’s relatives this information is critical because every first-degree relative (siblings, children) automatically will have a 50% chance of also carrying Lynch. All first-degree relatives also require Lynch testing.

Overall, this research found that a significant proportion (3%) of patients with endometrial cancer have Lynch syndrome. This study provides evidence to further support the widespread implementation of immunohistochemical and blood tests for all women diagnosed with endometrial cancer, regardless of age or family history.