If I have been diagnosed with gynaecological cancer, should I or my family members obtain genetic testing?

All women diagnosed with invasive epithelial ovarian cancer, fallopian tube or primary peritoneal cancer (except women with mucinous ovarian cancer), regardless of their age, family or personal history, should be offered genetic testing. These women may carry a fault (mutation) in BRCA1`, BRCA2 or another gene even if they don’t have or are aware of a family history of ovarian cancer. 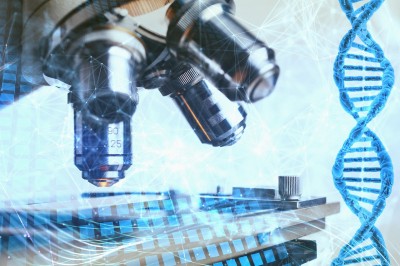 Cancer Australia suggests a woman with invasive epithelial ovarian cancer should be offered genetic testing for a heritable mutation in BRCA1 or BRCA2, if she meets any of the following criteria:

For a woman with invasive epithelial ovarian cancer who has a personal or family history of endometrial, colorectal or other cancer suggestive of Lynch syndrome, tumour tissue should be tested for Lynch syndrome abnormalities.

If an abnormality associated with Lynch syndrome is identified in the tumour, genetic testing for a heritable mutation in a DNA mismatch repair gene should be offered.

If the tissue test shows an abnormal finding (suspicious for Lynch), patients will require a blood test to confirm Lynch.

Typically cervical cancers are not hereditary, but are caused by an infection with the Human Papilloma Virus (HPV). There is little evidence that cervical cancer is related to a genetic predisposition. Rather, certain faulty genes make it more challenging for the body to fight off the HPV infection. Sometimes it appears that members of the same family have cervical cancers more often. In such cases it is commonly that women share the same risk factors (e.g., cigarette smoking) that then can increase one’s risk of cervical cancer.

While it’s not clear if a cervical cancer diagnosis was caused by genetic or non-genetic factors, regular HPV screening tests can accurately determine your risk, rather than genetic testing.

These cancers are the rarest type of gynaecological cancers. Some cases of vaginal and vulvar cancer do not have a clear cause, but most are linked to the HPV infection or a chronic skin condition, called Lichen sclerosus.

There are no gene mutations associated with hereditary forms of vaginal cancer. Although, an inherited condition called Fanconi anaemia is associated with an increased risk for vulvar cancer. Fanconi anaemia is an inherited bone marrow failure syndrome. This condition is very rare and may cause only a small proportion of all vulvar cancers.  There is also some evidence that a small number of vulvar cancers may be related to a genetic predisposition, but the specific gene is not yet known.

What does genetic testing involve?

It is always important to test the affected cancer patient (the index family member, the “index case”) first. If a faulty gene associated with a higher risk of cancer is found, a genetic counsellor will suggest offering genetic testing to other immediate family members.