The link between chlamydia infection and risk of ovarian cancer

Posted 24 months ago by Andreas Obermair

New data by the American Association for Cancer Research (AACR) finds an antibody present in the blood of women previously infected with chlamydia is associated with an increased risk of ovarian cancer.

Chlamydia is the most commonly reported sexually transmitted disease in Australia and GPs need to notify government agencies when they diagnose it. A report found 71,751 notifications of chlamydia in 2016 and 75% of these were among people aged 15–29 years. Chlamydia is easily treated with antibiotics but if left undiagnosed it can lead to pelvic inflammatory disease and can even cause infertility in women. New research suggests it may also increase a women’s risk of ovarian cancer.

What did the research find?

The researchers used blood tests to determine the presence of Pgp3 antibodies, which shows if a person has had any prior or current chlamydia infection. 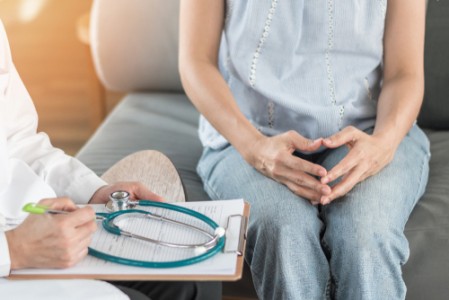 In both studies, women who were exposed to chlamydia previously and who had immunity against Pgp3 in their blood stream were twice as likely to be diagnosed with ovarian cancer.

The studies also looked for a link between ovarian cancer and other sexually transmitted diseases including human papillomavirus (HPV), herpes simplex virus, hepatitis B, and hepatitis C, and found no link with increased risk of ovarian cancer. While HPV is the established virus causing cervical cancer, it does not cause ovarian cancer.

Chlamydia is an infection that is often acquired in younger ages, whereas ovarian cancer is typically a disease of women in their sixties or older. Ovarian cancer is also often detected at later stages and involves not only an ovary but the entire peritoneum (inner skin of the abdomen).

If the findings were to be confirmed by other research groups, they suggest we could reduce ovarian cancer rates through improved screening for chlamydia infections. The next step for researchers is to confirm this association in studies with larger populations.