Posted in ovarian cancer; Posted 3 months ago by Andreas Obermair

Myth: Ovarian cancer can be detected by HPV screening tests.

The HPV screening test is an early detection test for cervical cancer only.

There is no screening program for ovarian cancer. Tests used to diagnose ovarian cancer include transvaginal ultrasounds, pelvic exams and blood tests measuring CA-125 proteins in the blood. However, these tests can be somewhat unreliable, and surgery is required to confirm an ovarian cancer diagnosis. 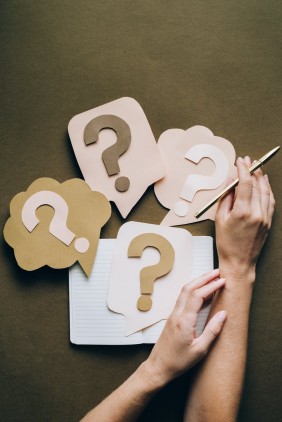 This myth stemmed from the idea that when applied to the female genital area talc could travel through the reproductive tract, through the fallopian tubes to the ovaries and the inflammation caused by the talc particles could lead to ovarian cancer.

This myth was further circulated in the media after legal action in the United States had been taken by women with ovarian cancer who received large settlements.

In the largest study on this topic to date, the researchers combined the results from four cohort studies of over 250,000 women over several decades of whom 2168 developed ovarian cancer during the study. When comparing between those who used talcum powder and those who did not, the researchers found there was no statistically significant association between the two groups.

Cancer Council Australia has reviewed the research and also found that the evidence is insufficient to conclude the use of talcum powder on the external genitals is linked to ovarian cancer. If women are still concerned they should avoid use of powders in the genital area, or use cornstarch products instead.

Myth: I’m only at risk if I have a family history of ovarian cancer.

All women have a chance of developing ovarian cancer during their lifetime.

However, those who have a family history are at higher risk of developing ovarian cancer. Other factors that may increase your risk are discussed in my previous blog.

Some women with a family history may have inherited a faulty gene which increases the risk of cancer, this is called hereditary cancer and includes the genes BRCA1, BRCA2, RAD and some other genes. Cancer Australia reports about 15% of invasive ovarian cancers can be explained by an inherited gene fault.

This is not true.

Your risk of developing ovarian cancer depends on the type of hysterectomy performed.

Without ovaries the risk of developing ovarian cancer is much lower, but a small amount of risk (~2%) still remains. This is because before your ovaries are removed it is possible for the ovarian cells to migrate to other areas in the pelvis, remain there and later become cancerous.

Myth: Ovarian cancer is only detected at later stages.

It is true that the majority of ovarian cancers are detected at stages 3 and 4 but it is indeed possible to diagnose ovarian cancer in its early stages, when it is small and has not spread.

Ovarian cancer can be more difficult to detect early because its symptoms are often vague, mistaken for other bowel or menstrual conditions and there is no screening test.

Therefore, it is important to know the early warning signs. Women should present to a GP if they have persistent symptoms that are unusual and different for them such as abdominal or pelvic pain, bloating, unexplained weight gain or loss, or fatigue.

Myth: Ovarian cysts should be removed in case they turn into cancer

Most ovarian cysts are harmless and will resolve themselves.

Ovarian cysts are benign and will typically not develop into ovarian cancer. Ovarian cysts do not need to be removed unless they are causing symptoms such as pain, or if they grow or change in appearance. A patient’s symptoms, age and risk factors will determine what tests (blood tests, medical imaging) are required to diagnose the cysts. You can read more information on ovarian cyst types, symptoms and treatments here.

If you wish to receive regular gynaecological cancer information in line with the latest research, please subscribe to my blog via the form above, or like Dr Andreas Obermair on Facebook.