Statin use is associated with improved epithelial ovarian cancer survival

Women with ovarian cancer had significantly better survival if they were on statin therapy in addition to cancer-specific treatment, a review of registry-based data showed.

Statins are normally used to lower cholesterol and prevent cardiovascular disease. It has been suggested that statin use can protect against the development of some cancers by inhibiting tumour growth and improve cancer survival rates. Evidence in relation to statin use and ovarian cancer has shown: 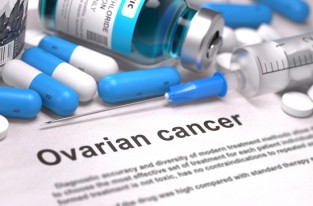 Ovarian cancer is often detected in the later stages making the prognosis poorer. Hence, anti-cancer drugs that can improve survival rates can have great implications.

In a Society of Gynaecologic Oncology Meeting that was held last month in San Diego, a study of 1,510 Medicare-age women, of which 636 were undergoing statin therapy, statin use was associated with a 34% reduction in the risk of dying (3). The study assessed woman in 2007 to 2009 who had undergone primary debulking surgery.  The survival benefit was limited to lipophilic statin agents and to use of moderate and high-dose therapy. Patients on low-dose statin therapy had survival similar to those who did not use statin. Statin users had a median overall survival of 32.2 months versus 28.7 months for non-users. Patients with stage III disease had a greater survival benefit with statin use (31.7 versus 25.9 months). The statin benefit applied to patients with serous and nonserous tumors, whereas the previous study above only applied to non-serous.

It has also been suggested statin use may prevent ovarian cancer from developing in the first instance. A reduction in the availability of cholesterol may limit cancer cellular production and thus inhibit cancer growth and spread (4).

Can Statin be used as an anti-cancer drug?

The use of statins for reducing mortality and morbidity in cardiovascular diseases has been well established. However, the role of statins to prevent and increase survival in cancer is still less clear. Further dedicated studies are needed, as well as translation to clinical trials on statin use as a therapy in women with ovarian cancers. While there is not enough evidence to prescribe Statins as an anti-cancer drug at present, I am very positive for patients who are on statins for other reasons, to remain on them.