What is the most aggressive type of ovarian cancer?

Ovarian cancer is not one disease but can be made up of different cell clones or types. The subtypes of ovarian cancer differ depending on the type of cell they originated in, response to treatment, and aggressiveness. 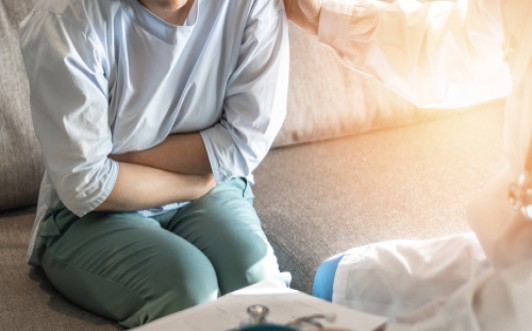 There are four different types of epithelial ovarian cancer including serous, endometrioid, clear cell and mucinous.

Serous is the most common epithelial cancer type, and it can be divided into:

Serous ovarian cancer is divided into low or high-grade by looking at tissue under a microscope.

High-grade cells grow rapidly, are considered aggressive, and therefore unfortunately are diagnosed at advanced stages and have a worse prognosis. Some high-grade serous ovarian cancers have been found to start in the fallopian tube. These cells then spread to the ovary and grow. Fortunately, high-grade serous cancers often respond to chemotherapy, especially early, when a diagnosis has just been made.

Clear cell cancers are more likely to present at an early stage, as it tends to present with a large pelvic mass, or deep vein thrombosis (blood clotting). However, they are also one of the more aggressive types of ovarian cancer and progress quickly.

Clear cell cancer patients are more likely to be diagnosed at a younger age, be diagnosed in people of Asian descent, and is also associated with endometriosis.

The treatment for clear cell is the same as for high grade serous ovarian cancer, however chemotherapy is not as effective.

Mucinous ovarian tumours are another rare subtype and can be difficult to diagnose. Tests will be conducted to see if the cancer originated in the ovary, or if it spread there from elsewhere in the body.

Mucinous tumours are usually large, slow growing and tend to remain confined to the ovaries, and when diagnosed early prognosis is good.

Sometimes tumours of the intestinal tract may not be visible themselves but the only sign is an ovarian mass. That’s why sometimes we check the bowel, stomach or we remove the appendix to exclude a primary bowel tumour.

As well as the subtype, the stage of your ovarian cancer will help to determine the most efficient and least harmful treatment.

Knowing the symptoms can help to obtain an earlier diagnosis. If you notice any of the following symptoms that are persistent and unusual talk to your GP in the first instance. Symptoms may include one or more of the following:

Being diagnosed with an aggressive cancer can be a distressing process—speaking to a gynaecological oncologist will help you to be informed on how to effectively treat the disease.