How does age at menopause affect disease and cancer risk?

Posted 2 years ago by Andreas Obermair

Menopause occurs when a woman’s ovaries stop releasing hormones. Naturally, a woman’s production of estrogen and progesterone hormones decrease in her late forties, and may cause less frequent menstrual cycles which then eventually stop. Menopause is defined as not having a menstrual cycle for 12 consecutive months. A blood test measuring Oestradiol and FSH can also confirm if a woman has completed menopause.

Menopause is a natural process but can also happen after:

Symptoms can begin before menopause when hormone levels start to decrease, also called “perimenopause”. Symptoms include hot flushes, headaches, dry itchy skin, insomnia, mood swings and depression. About 20% of women don’t have symptoms at all. Others may have symptoms at varying severity for 5 to 10 years. Women may need treatment if their symptoms are severe and affect their quality of life. 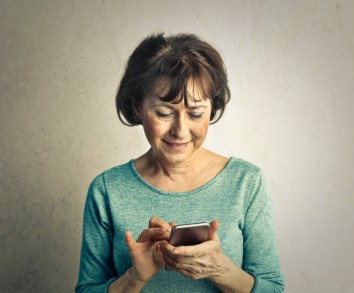 There is no set age when menopause should start, but the age where most women become menopausal is between 50 and 54 years. According to the Australasian Menopause Society the average age is 51 years. Life expectancy in Australia for women is the mid 80’s, so a third of a woman’s life is spent after menopause.

If a woman is 55 years or older and still hasn’t begun menopause, it is considered late-onset menopause. Menopause that occurs before age 40 years is called premature.  Menopause between 41 and 45 years of age is called early menopause.

The Australian Longitudinal Study on Women’s Health followed 11,258 women aged 45 to 50 years in 1996 and tracked them until 2016. The study found 71% of women with premature menopause developed multiple chronic conditions by the time they were 60 years, compared to 55% who experienced menopause at the average age of 50 to 51.

Early menopause is also linked to a higher risk of cardiovascular disease with women who were aged between 40 and 44 years at menopause 40% more likely to suffer from a cardiovascular condition.

According to the American Society of Clinical Oncology, women who experience late-onset menopause have an increased risk of uterine/endometrial and breast cancer. This is due to having an increased exposure to hormones such as estrogen. As women menstruate longer, they have more ovulations which also increases the risk of ovarian cancer. Women with a long reproductive life, menarche (onset of periods) before the age of 12 years and menopause after age 55 years have an increased risk of these hormone-dependent cancers. A pooled analysis of data from more than 400,000 women found for every year older a woman was at menopause, breast cancer risk increased by approximately 3%.

Can I decrease my cancer risk after menopause?

Late-onset menopause usually occurs because of a genetic predisposition. If your mother went through menopause late, chances are you may also. However, every woman’s experience with menopause is different. A study found that late menopause is not uncommon among obese women because fat tissue produces estrogen. If you are worried about your age and menopause exercise, eat a healthy diet, don’t smoke, and maintain a healthy body weight which can have a plethora of health benefits. Regular mammograms and cervical cancer screening are also important for women experiencing late-onset menopause.

Unlike early or premature menopause, late-onset menopause can have health benefits. Research findings suggest that later age at menopause and longer reproductive lifespan may result in longer life expectancy. Even though women who reach menopause later are at a higher risk for breast, uterine and ovarian cancers, women who go through menopause late are at a lower risk for heart disease and stroke.

Menopause is a different experience for all women. If you are concerned about your menopause experience, symptoms or cancer risk speak to your doctor. Being informed about what may happen during menopause can help during the transition.