How would I know if I had ovarian cancer?

Ovarian cancer is a malignant tumour arising from one or both ovaries, which can spread throughout the pelvis and abdomen if not treated early. Ovarian cancer may cause a range of different signs and symptoms. The symptoms for ovarian cancer can be unspecific, similar to other common illnesses and may be more likely to present at later stages.

There is no screening test for ovarian cancer, so it’s important for women to be aware of signs and symptoms. Cervical Screening Tests do not detect ovarian cancer (they only examine cells from the cervix). Patients who had a hysterectomy can develop ovarian cancer if the ovaries were preserved (typically done to avoid developing menopause when the patient is less than 50 years of age). So even if you have received a recent normal Cervical Screening Test result, if you are experiencing any of the below abnormal symptoms you should visit a GP in the first instance. 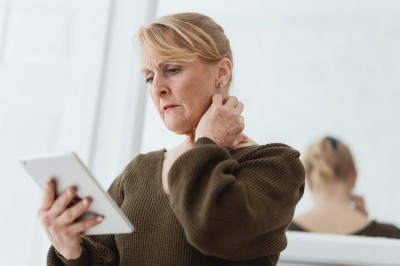 If you have one or more of these symptoms and if they are persistent on most days over 2-4 weeks, then you should speak to a doctor.

It’s possible to have signs and symptoms in the early stages of disease. When ovarian patients look back, most say they displayed some of the above signs. However, sometimes signs and symptoms can be mistaken for other conditions, such as irritable bowel syndrome, an upset stomach or bladder infections.

When diagnosed at Stage 1 (while the cancer is only in the ovaries), patients have a good prognosis and survival rates are over 90%. Survival rates for late-stage ovarian cancer reduces to 30% and requires much more extensive treatment.

If you have any signs or symptoms of ovarian cancer, they are persistent and unusual, you should speak to your GP in the first instance.

Ovarian Cancer Australia have a symptom diary, this can be downloaded and completed prior to your appointment. This will help your doctor have a better understanding of your symptom frequency and severity.

If your doctor suspects you have ovarian cancer, blood tests (serum CA125) and medical scans (ultrasound, CT scan) will be requested. The only way to confirm ovarian cancer is through a biopsy, where the doctor takes a tissue sample, and it’s examined under a microscope.