I've tested positive for the BRCA gene. What comes next?

The genes most commonly tested for breast and ovarian cancer are BRCA1 and BRCA2. If a woman tests positive for faulty BRCA genes it is possible to benefit from measures for prevention and early detection of these cancers.

BRCA genes do not actually cause cancer. In fact, when working correctly they prevent cancer. When the gene is abnormal (sometimes referred to as faulty or mutated) that is when the risk of cancer increases.

Genetic testing to check for a BRCA mutation involves genetic counselling with a clinical geneticist followed by a blood or sputum test. Genetic counselling will involve discussing the potential risks, limitations and benefits of receiving genetic testing. It is available in Queensland through Genetic Health Queensland (publicly at no cost with a doctor’s referral; however strict eligibility criteria apply) or privately at a cost of around $400. The choice to proceed with genetic testing after meeting with a genetic counsellor is entirely up to the patient. 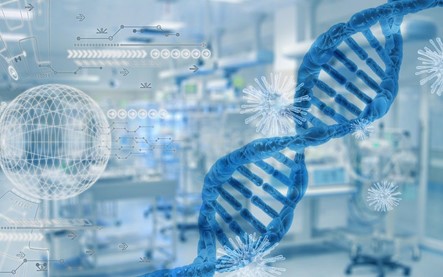 Genetic testing is only recommended in those diagnosed with breast or ovarian cancer or people with a family history of BRCA or related cancers. I recommend that all patients with high-grade, serous ovarian cancer should be tested for BRCA1 and BRCA2.

The risk that the cancer is caused by an underlying BRCA mutation is approximately 15%.

How common is faulty BRCA genes?

Breast Cancer Network Australia estimates that abnormalities in BRCA1 or BRCA2 occur in about 1 in 400 Australian women. It is more common in people with Ashkenazi Jewish (Eastern Europe) heritage.

If a woman tests positive for an abnormal BRCA1 or BRCA2 gene they have a high lifetime risk of developing breast cancer, compared to someone who does not have the mutation. A positive result does not mean a patient is certain to develop cancer. Cancer Australia reports breast cancer risk is increased in the range of 30-60%.

An individual who is found not to carry the gene mutation is considered to be at average risk of cancer, same as the general population. It’s possible to still have other risk factors that increase cancer gynaecological cancer risk, and you can read more about them here.

While the risk is increased for faulty BRCA positive patients, it is possible to benefit from precautions for prevention and early detection of cancers. Measures will differ for patients depending on age, medical history, personal cancer history, prior treatments and surgeries and their preferences.

Regular breast cancer screening (ultrasound, MRI) is recommended. Patients also have the option of prophylactic surgery (mastectomy). In regards to the breast aspect of BRCA, I refer women to qualified breast surgeons.

The oral contraceptive pill may be prescribed as it reduces ovarian cancer risk by 50%.