Ovarian Cancer Screening May Save Lives

Posted 6 years ago by Andreas Obermair 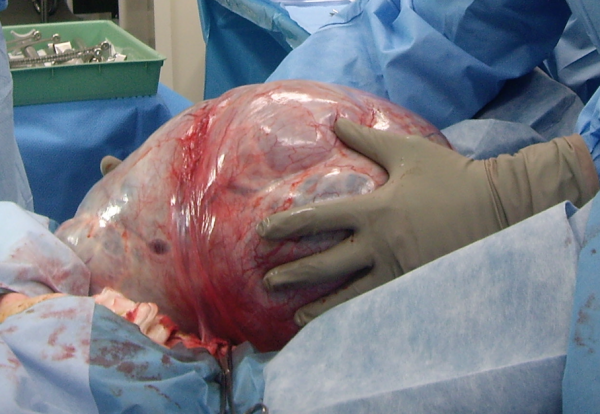 The largest ever trial in ovarian cancer screening enrolled 200,000 women from 13 UK centres in one of three screening arms and followed them for 14 years. The first group of women (50,000) received yearly ultrasounds while the second group of 50,000 patients had a ROCA test, which includes a yearly CA125 blood test and a transvaginal ultrasound examination if needed. The third and largest group of 100,000 women had no screening. All women were between 50 and 74 years of age.

In the ROCA group an algorithm assessed serum CA125 changes over time rather than using a traditional fixed serum CA125 cut-off of 35 U/ml. The new algorithm integrates results from a transvaginal ultrasound only if the CA125 is abnormally high.

The results in a nutshell

Ovarian cancer was diagnosed in approximately 0.6% of women regardless of the intervention.

Compared to the no-screening group, ultrasound reduced mortality by 2% in the first 7 years and 21% in the subsequent 7 years.

For every 10,000 women screened for ovarian cancer, 15 ovarian deaths can be prevented.

For every woman who had surgery for a suspicious ovarian mass, which turned out to be ovarian cancer, four women had surgery unnecessarily and no sinister pathology was found.

Why did previous studies fail to demonstrate a benefit of ovarian cancer screening?

One American and one Japanese previous studies published previously failed to report a benefit of ovarian cancer screening. However, these studies were smaller and included a smaller number of women in their respective trials.

Small differences can easily be missed in small research trials and the UK trial had to enrol >200,000 women to show the benefit in the long term follow-up.

How do gynaecological cancer experts around the world interpret the results?

The instant response of many colleagues around the world is that the results from last week’s article are promising and revolutionary because for the very first time in history a benefit of ovarian cancer screening could be demonstrated. However, the benefit appears  small and what groups of women will benefit remains unclear.

Further analysis needs to be undertaken to evaluate why 4 of 10 women with ovarian cancer had normal screening tests (when they had proven ovarian cancer). Most gynaecological oncologists believe that the problem “ovarian cancer” is not resolved as yet.

We need more refined tests to reduce the number of women who have false screening tests in both directions:

False negative tests indicating that everything is fine when there is ovarian cancer;

False positive tests wrongly indicating the possibility of ovarian cancer and requiring women to undergo surgery when really they do not have ovarian cancer.

The ROCA test is licensed to Abcodia Ltd, a UK-based company and is already used in the U.K. by private clinics and in 5 states in the United States. It will become available in additional U.S. states throughout 2016. Australia is not mentioned in the paper.

The ROCA Test uses information obtained through large-scale research about a woman’s age, menopausal status and serial blood CA125 measurements to assess the likelihood that a woman has ovarian cancer. It is the first step in a multimodal assessment for ovarian cancer and will inform a gynaecologist about the woman’s risk of having ovarian cancer.