Posted in fertility, cancer; Posted 5 years ago by Andreas Obermair

The good news is – a growing number of women are surviving cancer thanks to early detection and improved treatment. However, chemotherapy and radiation treatment can damage a women’s reproductive organs resulting in infertility and in some cases early menopause. The current standard treatment for gynaecological cancers is surgery (a total hysterectomy), which also permanently removes a women’s fertility.

The research was conducted in Scotland among 23, 201 women aged under 39 diagnosed with cancer between 1981 and 2012. Among those who had not been pregnant before their cancer diagnosis, just 21% of cancer survivors went on to conceive for the first time, compared to 39% of the general population. Survivors of cervical and breast cancer, and leukaemia were particularly affected. 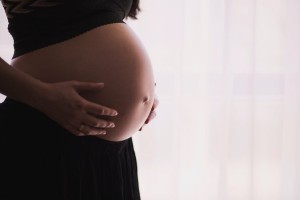 The study linked female cancer survivors from the Scottish Cancer Registry with hospital discharge records. Among cancer survivors there was 6,627 pregnancies, compared to the expected 11,000 pregnancies in the general population. Importantly to note, the study did not assess reasons why women did not conceive, with some women who may have chosen not to have children.

Interestingly, cancers diagnosed at the end of the study period (2005-2012) were associated with higher rates of pregnancy than those diagnosed earlier (1981-1988).

The research findings were presented at the European Society of Human Reproduction and Embryology meeting in Geneva, July 2017. At the meeting, the researchers expressed the importance for patients undergoing cancer treatment to have a fertility discussion with their doctors before treatment begins.

At The Queensland Centre for Gynaecological Cancer (QCGC) we currently conduct research into preserving fertility of young women diagnosed with endometrial cancer (cancer of the womb). The feMMe trial investigates the effectiveness of a hormone-releasing interuterine device in patients diagnosed with early stage endometrial cancer. This allows young women to retain fertiity. In addition, the study will also assess the effectiveness of Metformin (an anti-diabetic medication) and a standardised weight loss program. For more information about the feMMe trial visit the QCGC website.

For an increasing number of women with ovarian and cervical cancer, fertility-preserving treatment options are available.

Typically, ovarian cancer requires the removal of both ovaries, fallopian tubes and the uterus. Increasingly, and especially in patients with non-epithelial ovarian cancer, the extent of surgery can be tailored to remove only one ovary, and make sure that no cancer is hidden in other parts. More often than not, chemotherapy (should it be required) can be also tailored so that it does not curtail fertility chances.

For patients diagnosed with cervical cancer who are still hoping for fertility, patients can opt for a cone biopsy or for a radical trachelectomy that removes the cancer including some surrounding tissue as a safety margin. The fertility outcomes are very good. The majority of women who wish to have children, can have children in the future.

I also recommend that all young women diagnosed with gynaecological cancer, see a fertility specialist for a consultation. In my practice, I collaborate with some of Queensland’s top fertility specialists who are able to see patients urgently at short notice.

If you wish to receive regular information, tips, resources, reassurance and inspiration for up-to-date care, that is safe and sound and in line with latest research please subscribe to receive my blog, or like Dr Andreas Obermair on Facebook. Should you find this article interesting, please feel free to share it.