This blog covers the seven deadly misconceptions on Lynch sydrome.

1. I will have my colonoscopies and I’ll be OK 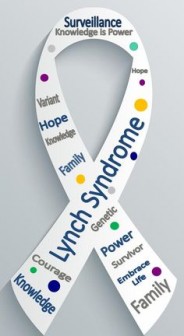 In our Australian National Endometrial Cancer Study we researched Lynch extensively. We found that the family history in patients who did have proven Lynch was negative (not suggestive of Lynch) in half of all these cases. Family history fails to detect Lynch if the families of origin are small or in case of non-paternity (adoption).

3. I always lead a healthy life, I will not develop cancer

Lynch is an inherited (genetic) condition that can be passed on from generation to generation. The risk of a first degree relative to have received the “Lynch Gene” is 50%, regardless of gender.

A healthy life will protect from many health conditions (cardiac, diabetes, many cancers) but if a person carries a cancer gene, the risk of developing cancer is astronomically high regardless of the lifestyle.

4. I will have screening to avoid endometrial or ovarian cancer

Unfortunately, screening does not prevent all cancers. The aim of screening is to detect a cancer when it is small and easily treatable.

In Australia we have a PAP smear screening, which is very effective to diagnose cervical cancer and pre-cancer early. PAP smears will not detect endometrial or ovarian cancer.

Unfortunately, for endometrial or ovarian cancer no screening is available.

Ultrasound has been proven to be very unreliable to detect small cancers in the endometrium or in the ovaries. Some cancers are simply too small to be detected.

Serum tumour markers (e.g., CA125) are not accurate enough to detect ovarian cancer. Up to one third of all early-stage ovarian cancers do not produce CA125. By contrast, a number of non-cancerous conditions come with elevations in CA125 (fibroids, adenomyosis, arthritis).

5. There is no point in having organs chopped out that are healthy

Risk-reducing, prophylactic surgery has been shown to be the single most effective strategy to prevent gynaecological cancer. Its concept is to remove organs when they are disease free and not yet affected. The timing of surgical intervention needs to be carefully considered. Has a family been completed? If surgery has been decided, Lynch patients should have a full hysterectomy with removal of uterus, cervix, tubes and ovaries.

6. I will not have genetic testing because otherwise I will not be able to get health insurance

In Australia, all persons with or without Lynch will have access to health insurance. By contrast, access to life insurance and life insurance products (e.g., income protection) is challenging and exclusion clauses will apply. Lynch will be considered a “pre-existing condition” similar to diabetes, back pain or varicose veins. If an event arises from this specified condition, the insurer will not pay a benefit. In any other event, insurers will pay as per usual.

7. I had endometrial cancer before. My surgeon would have told me if s/he suspected Lynch

Until recently, gynaecological cancer surgeons only tested for Lynch if patients had a family history or upon a patient’s request. Based on our research in Queensland and in the US I started testing all endometrial cancer patients regardless of their family history, age or body size for Lynch in my practice only recently.

The process is simple: I request Lynch testing from the pathology lab and testing can be performed on the samples we already have. Health insurances normally cover those costs. No new samples need to be taken. A positive test will require a further, confirmatory test to be absolutely certain.

Since I updated my practice guidelines, I found a couple of Lynch carriers already. The implications are huge:

Research creates knowledge and information that will save countless patients an avoidable cancer diagnosis, surgery and further treatment.