The survival rate for cervical cancer in Australia

Relative survival rates provide an estimation of what percentage of people with the same cancer are alive after the initial diagnosis of cancer, compared to healthy people of the same age and sex in the general population. To standardise across cancers, we normally report survival rates at five years.

Survival rates will not provide information about how long a patient may live (this would be virtually impossible to exactly predict), but can be used as an indicator of how successful the treatment is likely to be. 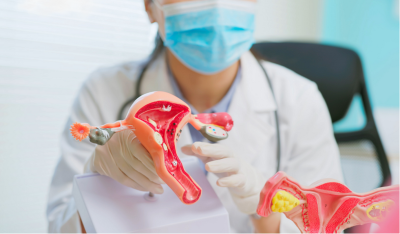 In 2013–2017, females diagnosed with all types and stages of cervical cancer combined had an overall 74% chance of surviving for five years compared to the general Australian population.

Cervical cancer has a higher likelihood of survival in comparison with the five-year survival rates for ovarian cancer (46%), although not as high as endometrial cancer (85%).

Survival rates are increasing slowly over time. Between 1988–1992 and 2013–2017, five-year relative survival for cervical cancer improved from 71% to 74%. You can see the most recent survival data is from 2013-2017 (over 5 years ago), so women diagnosed today may have a better survival outlook due to increasingly improved treatments.

For women diagnosed with early stage 1 disease the survival rate is much higher at about 92%.

Cervical cancer prognosis also depends on a range of factors, including

Stage 1 - The cancer is confined to the cervix, and has not spread beyond it.

Stage 3 - The cancer has spread to the lower part of the vagina or the walls of the pelvis. The cancer may be blocking the ureters (tubes that carry urine from the kidneys to the bladder). It may have spread to nearby lymph nodes.

Stage 4 - The cancer has grown into the bladder or rectum, or to other organs like the lungs or bones.

You can read more about cervical cancer stages here.

Survival rates for cervical cancer have improved over time due to more accurate screening, diagnosis and staging of disease, improvements in the speed of referral, availability of evidence-based guidelines, and advances in surgery.

After five years from diagnosis and treatment, the risk of a recurrence becomes low. Patients need to be aware of the signs of recurrence.

Survival rates are a guide only and you may have worries or questions. A gynaecological oncologist can discuss how these estimates apply to you. If this is something you wish to discuss, please arrange an appointment.