Doctor, how will you get my uterus out?

Patients frequently ask how we remove the uterus, which normally is the size of a pear, during laparoscopic hysterectomy. During laparoscopic surgery it will always be impossible to remove a normally-sized uterus intact through the small, 5 mm to 10 mm keyhole incisions.

Typically, the uterus will be removed intact through the vagina, but this may not be feasible in women with a very large uterus or a very narrow vagina, such as in a woman who has never given birth vaginally.

If the uterus is disproportionately large compared to the width of the vagina, it can be removed by morcellation. Morcellation means that a large mass or tumour is reduced in size so that smaller pieces of the specimen can be removed from the pelvis or the abdomen. Morcellation can be performed by a power morcellator, which is a surgical instrument developed to cut the size of a uterus into smaller pieces, or by a scalpel. 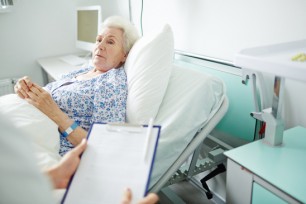 However, in 2014 in the US, the FDA expressed concern that morcellation can spread undetec

ted cancerous cells within the uterus into the peritoneal surfaces of the pelvis and the abdomen (spillage).  These concerns were brought forward in a case where a young woman had undergone intra-abdominal morcellation of what was believed an enlarged but benign uterus. However an aggressive uterine sarcoma was subsequently detected and spilled through the procedure throughout her abdomen. Any expectation that this aggressive malignancy can be treated successfully secondary to spillage through surgery is largely unrealistic.

Uterine sarcomas are rare, aggressive uterine cancers that are very difficult to diagnose before surgery. They are difficult to diagnose because current methods (ultrasound or tumour markers) do not allow a reliable differentiation between a common, harmless fibroid and a uterine sarcoma. In Australia, the risk of an incidental (surprise) uterine cancer is known to be approximately 1 to 10 women per 10,000 hysterectomies. Given that surgery is the mainstay of treatment of uterine sarcomas, one could claim that removing the tumour intact would have allowed the patient a reasonable chance of survival.

At open surgery we must avoid cutting the lower uterine segment and the cervix from the remainder of the uterus, even if the entire uterus is extraordinary large. I recommend placement of ureteric catheters to protect the ureters, dissection of the retroperitoneum and associated adhesions, and a retrograde surgical approach which will always allow for intact removal of the uterus.

In vaginal surgery and laproscopic assisted vaginal surgery we must avoid morcellating a large uterine mass vaginally in an unprotected way. If we cannot remove the specimen through the vagina intact, we can either morcellate it within the confinements of a containment system or convert the surgical procedure to an open procedure to remove the specimen as described above.

In laparoscopic surgery, the use of laparoscopic morcellators has been reviewed critically. The use of a power morcellator should be limited to those cases where the morcellator is operated within a containment bag to protect specimens from spillage and possibly spreading undetected cancer. Unprotected morcellation will increase the risk of spillage of a malignancy.

If you suffer from a very large uterus, I suggest that you ask your gynaecological surgeon how she or he is planning to remove it from the pelvis and the abdomen.

Under (almost) no circumstances your surgeon should engage in an unprotected morcellation because it could increase your risk of tumour spillage if a tumour is found incidentally.

If you wish to receive regular information, tips, resources, reassurance and inspiration for up-to-date care, that is safe and sound and in line with latest research – please subscribe here to receive my blog.

Should you find this article interesting, please feel free to share it.

NB: For those who are interested viewing surgical videos, please have a look at a demonstration where I perform contained morcellation after laparoscopic hysterectomy successfully: https://surgicalperformance.com/newsite/news-media/morcellation-without-spillage/