We don’t know exactly what causes ovarian cancer, but we do know that a family history or genetic mutation can increase a woman’s ovarian cancer risk.

About 15% of epithelial ovarian cancers are due to inheriting a faulty gene from either your mother’s or father’s side of the family. Ovarian cancer triggered by inheriting a faulty gene mutation is called ‘hereditary cancer’. BRCA1 or BRCA2 genes are responsible for most hereditary cases. BRCA 1 (BReast CAncer gene 1) and BRCA 2 (BReast CAncer gene 2) are named for their connection to breast cancer and can also be linked with other cancers, including cancer of the fallopian tube, peritoneum, pancreas, prostate, and breast cancer in men. 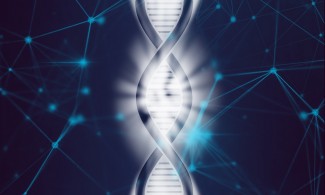 If your parent carries the BRCA 1 or BRCA 2 mutation there is a 50% chance (or 1 in 2 chance) of you inheriting the mutation.

Although less common, some other genes that increase the risk of developing ovarian cancer include:

In my practice we conduct genetic testing for all ovarian cancer patients with cell types other than mucinous tumours (mucinous tumours are not linked to inherited genes). To do that, we send a sample of the tumour tissue to a lab and request testing. The test result is only a screening test (it’s not confirmatory). If a screening test indicates an abnormality, we organise formal genetic testing, which then requires a blood test. We can refer you and your family to a genetic counsellor should your family members also wish to discuss testing options.

A family history of cancer means having one or more blood relatives who have been diagnosed with cancer. This could be a grandmother, mother, daughter or sister with ovarian cancer.

The more blood relatives who have had cancer, the more likely the cancer is due to an inherited faulty gene.

Other risk factors that increase the chance of developing ovarian cancer include:

While the risk increases if you have one or more of these risk factors this does not mean you will develop ovarian cancer. If you are at higher risk, know the signs and symptoms and speak to your doctor if you are concerned.

If you are concerned about any of these risk factors and wish to discuss them with a Gynaecological Oncologist, please enquire about an appointment.