Breast cancer - hysterectomy and removal of ovaries and tubes 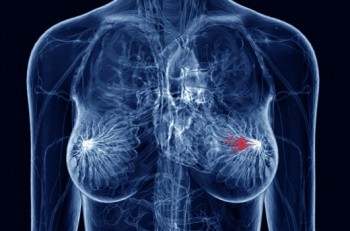 It is well possible that patients diagnosed with breast cancer have been undertreated in the past.

A study to be published soon shows that breast cancer patients who have a hysterectomy and a bilateral salpingo-oohorectomy (BSO) had a 30% increased chance of survival compared to those who preserved uterus and ovaries.

Together with the Cancer Council Queensland and Queensland University of Technology our unit extracted data of 21,000 women diagnosed with primary breast cancer between 1997 and 2008.

We wanted to explore if the “prophylactic” (surgery not related to the treatment of gyn cancer) removal of uterus, tubes and ovaries had an impact on the incidence of gynaecological cancer and if that impact was strong enough to reflect in survival chances. We were also aware of potential side effects from surgery and early menopause and collected data on stroke, DVT/PE and heart attacks as well.

We do realise that this study comes with some shortcomings: First, the effect was only valid for women who had a hysterectomy and a BSO. Women who only had a BSO did not reap a benefit. I am unable to explain this effect in detail but the most likely reason is an issue with the coding of surgical procedures in Australian hospitals. In a number of instances it is unclear from the surgical procedure code whether one or both ovaries were removed or if they were preserved.

Secondly, data on hormone receptors are not available. If we were to obtain those results, hormone-receptor status would need to be redone for all 21,000 patients, which would be extremely costly. However, the survival advantage for women who had gynaecological surgery is so great that hormone receptor status alone would not be able to explain the differences in survival.

This study is the first study that has shown that hysterectomy and BSO creates survival benefits for breast cancer patients. In non-breast cancer patients, it is generally advised to preserve the ovaries in order to spare our patients hormone-depletion effects. By contrast, prophylactic surgery is well accepted in patients with genetic mutations, such as BRCA1 or BRCA2 or Lynch.

This study also has shown that current breast cancer treatment more than likely delivers under-treatment. The treatment that these women currently receive can be far more effective.

I spoke to some breast cancer clinicians and they virtually all agree that a large group of breast cancer patients are hesitant to take their hormone (anti-oestrogen) treatment. Chemotherapy alone is not effective enough to stop all endogenous oestrogen production. Periods may stop but oestrogens are still active and provide fuel for the growth of breast cancer cells.

The main consequences of this study are twofold. Some clinicians will see this as a justification for the clinical practice that they already do. There are a large number of doctors who recommended prophylactic hysterectomy and BSO after breast cancer. These doctors will now be reassured and will push even harder for their patients to get into adjuvant surgical menopause.

The other consequence is that these data should be validated by independent data sets. One study should not change the entire treatment of a disease. Confirmatory reports should be requested to confirm those findings.

Fact is that these issues touch a very large patient population and the potential gain of adjuvant surgery is enormous.

Feel free to pass this blog on to colleagues.