How common is cervical cancer in Australia?

Posted in cervical cancer; Posted 51 days ago by Andreas Obermair

In Australia, there are just over 900 cases of cervical cancer diagnosed annually.  The Cancer Council reports the risk of a woman being diagnosed by age 85 years is 1 in 162.

In Queensland, about 200 women are diagnosed with cervical cancer every year. It’s most common in women over 30, although it can occur at any age.

The number of cases of cervical cancer has considerably decreased in Australia since the National Cervical Screening Program commenced in 1991 and a national Human Papilloma Virus (HPV) vaccine program was introduced in 2007.

Cervical cancer is not common in Australia, however in low and middle income countries, this disease is still a mass killer due to limited access to screening and vaccination programs. Worldwide, cervical cancer is the most common gynaecological cancer and the fourth most common cancer among women, with an estimated 604,000 new cases and 342,000 deaths reported in 2020. 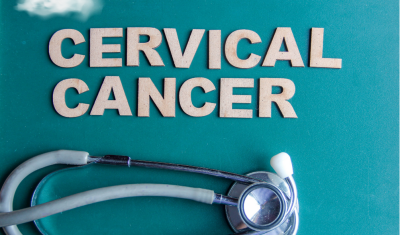 Screening programs aim to diagnose cancer before symptoms are noticeable. Often in its early and precancerous stages, there are no apparent symptoms which is why regular screening is important.

The future of cervical cancer

Research from Cancer Council shows Australia is on track to become the first country in the world to eliminate this cancer by successfully implementing a combined approach to vaccination and screening, including the recent rollout for women to use self-collection kits at home if certain criteria are met.

To achieve this target, screening and vaccination programs would need to be maintained.